“I am delighted to take on the challenge of driving continued VMware growth in APJ. Our top priority will be to help customer organizations transform their businesses on their journey to the era of IT-as-a-Service,” said Sanjay Mirchandani. “I would like to thank the VMware APJ team for excellent work in building a solid foundation. This positions us extremely well to develop our business further and capture the opportunity ahead. We are in great shape, and I look forward to leading the team to new heights in a region now regarded as one of VMware’s engines of growth.”

Mirchandani succeeds Andrew Dutton, who will continue to lead VMware APJ until October 14, 2013 after which he will partner with Mirchandani for the remainder of the year to facilitate smooth transition of leadership. Dutton plans to then retire after an extremely successful five years at VMware and a stellar 30-year career in IT.

VMware has undergone significant expansion in the APJ region and today serves 55,000 customers. VMware’s footprint in the region includes a workforce of approximately 3,700 employees throughout approximately 50 local offices, and a network of about 10,000 partners. Globally, VMware reported $1.24 billion in revenues for the second quarter of 2013, representing year-on-year growth of 11 percent.

Carl Eschenbach, president and chief operating officer, VMware, said: “Sanjay Mirchandani is taking over at an exciting stage of VMware’s progress in APJ, which is our fastest-growing geographical region. A substantial opportunity lies ahead for VMware in this part of the world. Sanjay’s rich experience as an IT and business veteran – as well as his deep understanding of Asia Pacific markets – will build on the hugely successful contribution made by Andrew. I would like to thank Andrew for his dedication and commitment to the APJ region over the past five years.”

Mirchandani has 25 years of international business, IT and consultancy experience, including 11 years spent in Asia Pacific. He joins VMware from EMC, where he most recently served as executive vice president, global enterprise services, helping lead EMC’s rapid-growth market initiatives and engaging with global customers.

He joined EMC in 2006 and has played roles that have included CIO, aggressively leading the company’s award-winning IT organization on a multi-year journey to 92 percent virtualization and a state-of-the-art private cloud. During the same timeframe, he was the chief operating officer of seven of EMC’s Global Centers of Excellence. Prior, as president of EMC’s emerging markets and International development, he championed global growth opportunities with a focus on rapidly-growing markets.

Andrew Dutton said: “Sanjay has all the experience and know-how needed to lead VMware APJ into the huge opportunity that lies ahead in this exciting region. I am proud to have worked with a team that has demonstrated such talent, passion and determination to succeed.” 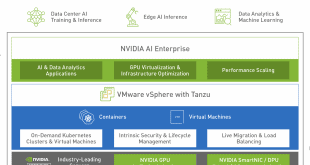 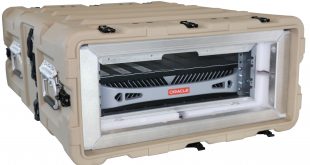 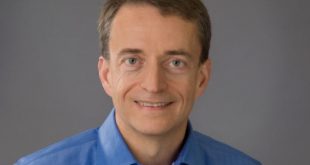